Does the thought of purchasing a diamond ring overwhelm you? Don’t think you know enough about certificates, inclusions, grading scales,
and colors? A good understanding of diamonds is necessary before you begin shopping. One of the most important aspects of buying quality diamond jewelry is where you shop. We will walk you through the jewelry shopping experience and take you on an educational journey
about diamond information. 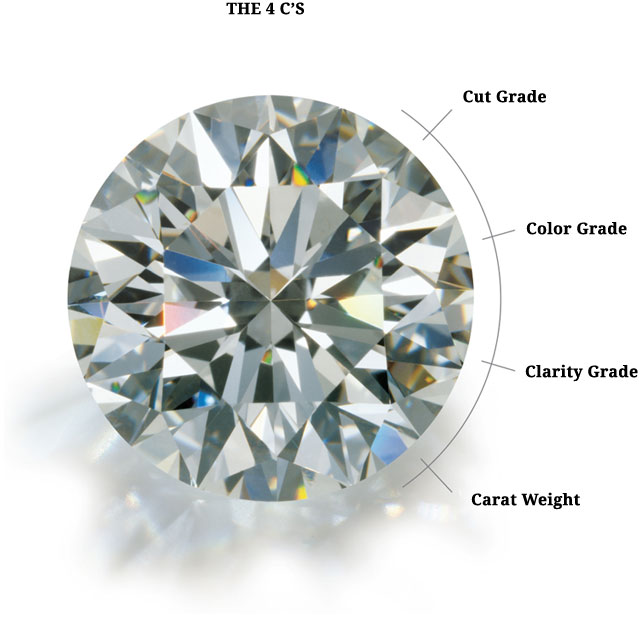 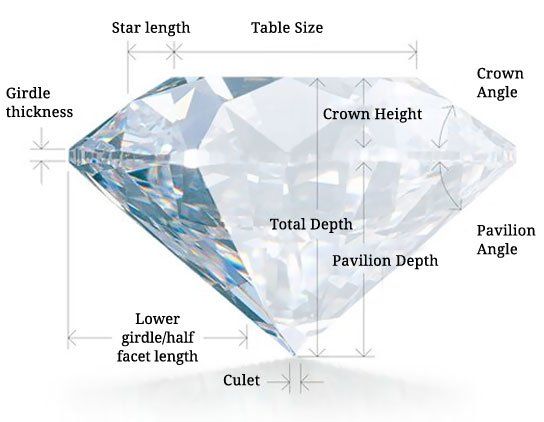 Diamonds are renowned for their ability to transmit light and sparkle so intensely.
We often think of a diamond’s cut as shape (round, heart, oval, marquise, pear),
but a diamond’s cut grade is really about how well a diamond’s facets interact with light. The GIA Diamond Cut Scale for standard round brilliant diamonds in the D-to-Z diamond color range contains 5 grades ranging from Excellent to Poor: Excellent, very good, good, fair and poor.

Diamonds are rated from D to Z, with the most colorless diamonds appearing on the D end of the scale and more strongly colored stones appearing nearer the Z. The ideal diamond is absolutely colorless, like a pure drop of water. These truly transparent stones are very rare. Most diamonds contain a tiny bit of color, although it can be almost impossible to see it with the naked eye. Many of these color distinctions are so subtle that they are invisible to the untrained eye; however, these distinctions make a very big difference in diamond quality and price.

To determine a diamond’s clarity, a grader looks at it under 10x magnification.
They are searching for natural crystals that formed inside the diamond while the diamond was growing. These are known as inclusions. Evaluating diamond clarity involves determining the number, size, relief, nature, and position of these characteristics, as well as how these affect the overall appearance of the stone. While no diamond is perfectly pure, the closer it comes, the higher its value.
The GIA Diamond Clarity Scale has 6 categories, some of which are divided, for a total of 11 specific grades.

Carat weight refers to the size of the diamond. For use as the center stone in an engagement ring, one carat is the most popular size. Diamond price increases with diamond carat weight because larger diamonds are more rare and more desirable.
But two diamonds of equal carat weight can have very different values (and prices) depending on three other factors of the diamond 4Cs: Clarity, Color, and Cut. 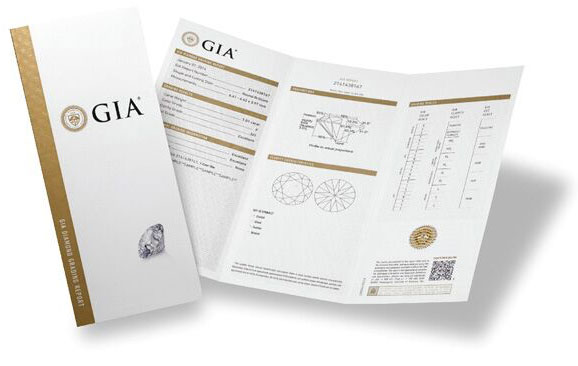 A diamond grading report from an unbiased, scientific source such as GIA is more than important information, it’s proof of what you are purchasing. The differences in diamonds can be so subtle, even a trained jeweler can’t recognize them without lab verification. Insist that any diamond you buy come with an indisputable verification of its quality. 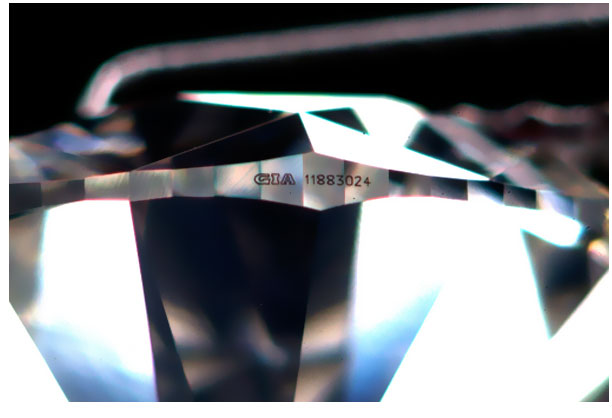 Consider having your diamond laser-inscribed with its GIA report number, to provide verification if it is ever lost or stolen. 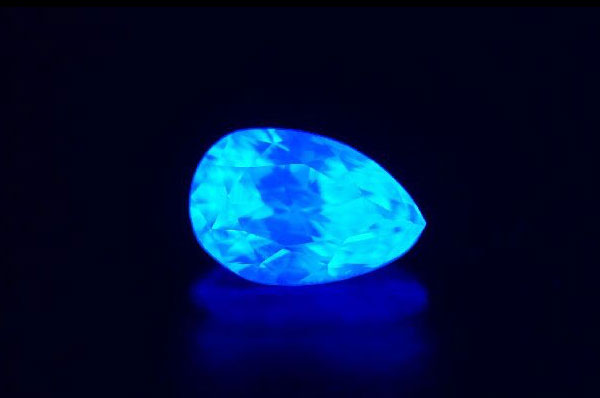 On a GIA diamond grading report, fluorescence refers to the strength, or intensity, of the diamond’s reaction to long-wave UV, which is an essential component of daylight. The light emitted lasts as long as the diamond is exposed to the ultraviolet source. Some diamonds with extremely strong fluorescence may appear hazy or oily 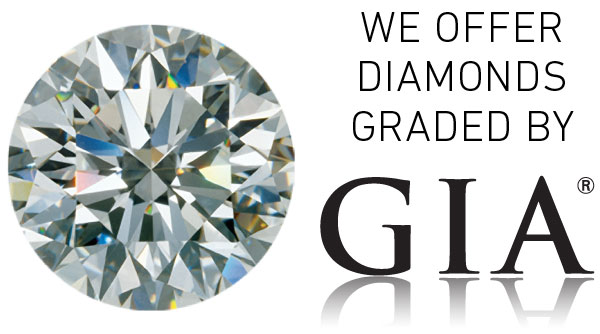 It is important to understand that not all diamond certifications are equal. Many labs “over"-grade their diamonds. We offer GIA and AGS certified diamonds. When you are comparing diamond prices, make sure you take the certifications into account, because it is very possible you are not actually comparing apples to apples, and you will not be getting the best value for your purchase. Remember that a diamond is an investment that will last forever.

GRI is where love stories begin

Because we’re committed to serving you well as you celebrate the beginning of your life together and rejoicing in life’s many milestones, GRI makes a point of offering diamonds that are certified to be conflict-free. We know beginnings are very, very important!

Want to learn more about diamonds?

We’d be happy to provide you with further education on the four C’s of a diamond, using examples of diamonds from our inventory so you can see their beautiful sparkle and shine for yourself. Learning everything you can about diamonds allows you to make smart decisions when choosing an engagement ring or other major piece of diamond jewelry. There’s never any pressure to buy during these educational settings: our mission is to help you choose diamonds confidently.